While ago I posted couple of “Girl Power”-cocktails, Batgirl and Supergirl. The big idea behind them was that even though they’re “girly” drinks, they’re not boring sweet drink-and-forgets. I tried to give them character… and strenght: who says cocktails inspired by super heroines have to be mild in alcohol content?

Okay, maybe they were a bit too strong (especially Supergirl), judging by the feedback. So, a little milder this time… but that doesn’t mean less character. And as I said last time, both cocktails will revolve around cherry.

Before we go to today’s recipes… Wonder Woman was a great movie! I’m still content with my recipe Golden Lasso, but I’m working on another WW-recipe.  Stay tuned.

One more thing… I haven’t published recipes containing cherry juice before, but we’ve seen cherry-based alcohols in my cocktails: Maraschino Luxardo and Kirschwasser in Poison Ivy… and I’m going to use them again, in superheroine cocktail… so a moment of hesitation: I need to check my attitude? Using cherry only for “feminine” drinks (for example Heering for Batgirl)… So, I promise: next time I’ll publish “masculine” recipe, based on a powerful male character, and it’s using cherry. 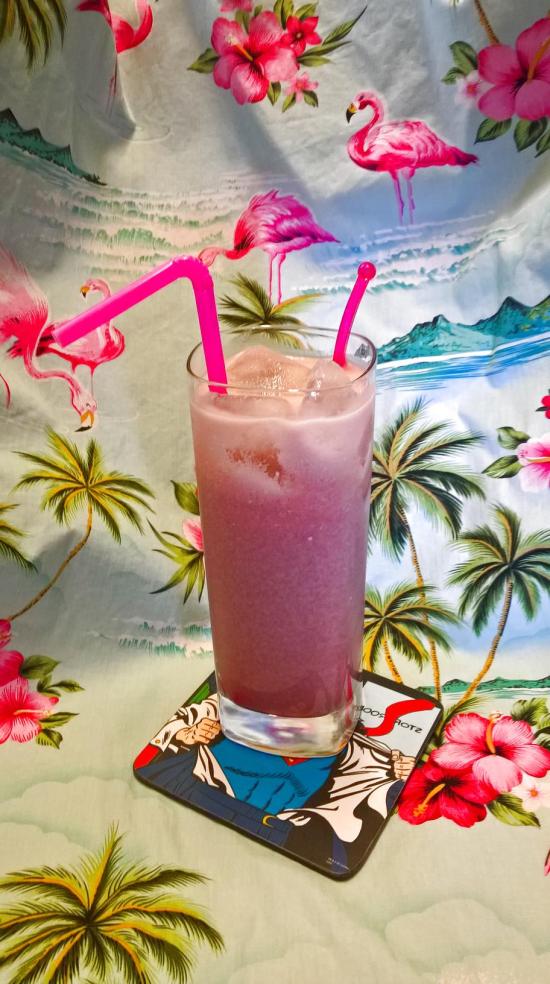 Let’s hope Storm fans don’t hate me for this…

Storm is a woman, right? So “naturally” her cocktail is pink. But she’s not your average damsel in distress, so the cocktails is kinda “dark and sullen pink”. Stereotypical girls like cherries, right? There’s cherry flavour in this one, but not a kind of you would expect: aroma will be sharp, yet the drink is supposed to be enjoyable highball.

So that’s my line of reasoning behind this drink. If all you Storm fans feel offended, please let me hear your outrage: I’ll give Storm another try. But anyway… I like this drink, proud of my creation.

For cherry juice I used concentrate, diluted with water 1:1 ratio instead of recommended 1:4.

Shake with ice and strain into highball glass, add some ice. Serve with straw and absolutely with a stirrer. Coconut milk will separate, actually pretty quickly, so the drink needs to be stirred once in the while… and that is part of the cocktail’s story. The drink will look sullen, surly, sour; not just because of the “gloomy pink” colour, but because it looks “sour” (like Storm), coconut milk separating… it will not affect the taste, though. 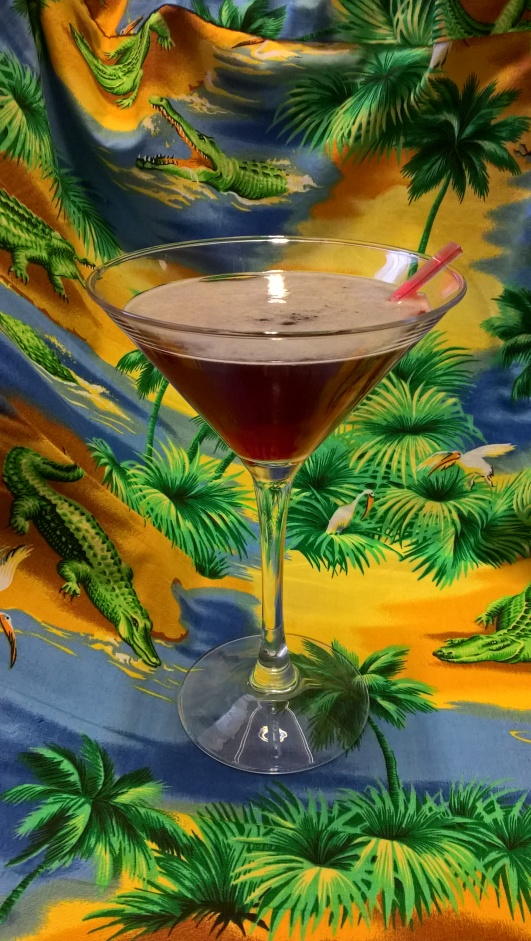 Publishing “Storm” was risky, and there’s also certain element of danger in this one, unpopularity among the readers… in introduction I promised not to cut down character and aroma, and here it is: cocktail with “thin” substance.

I personally like really strong flavours, maybe it’s because my #1 booze is tequila, straight; has been for 25 years. Sometimes I forget many people enjoy delicate nuances, more subtle than me… so this is a drink for them.

-few drops of Angostura bitter (be careful with this!)

Shake with ice and strain into chilled cocktail glass. Garnish with red cherry.

Use drops instead of usual dashes when measuring A. bitter: it’s essential in this drink, but too much will ruin it.

So, that’s it for today. Next time I’m publishing that “masculine superhero cocktail using cherry” I promised… and something special, because it’s gonna be my 50th recipe in this blog! 😀 😀 😀