These cocktails have definitely taken too long to publish… but I wanted to take my time, design decent drinks; if these won’t satisfy Test Subject K., he’ll grab his Official TMNT  sai set and stab me to my justified death 😀

So, these better be good… I’ll concentrate on main Doom Patrol characters during Grant Morrison’s run. 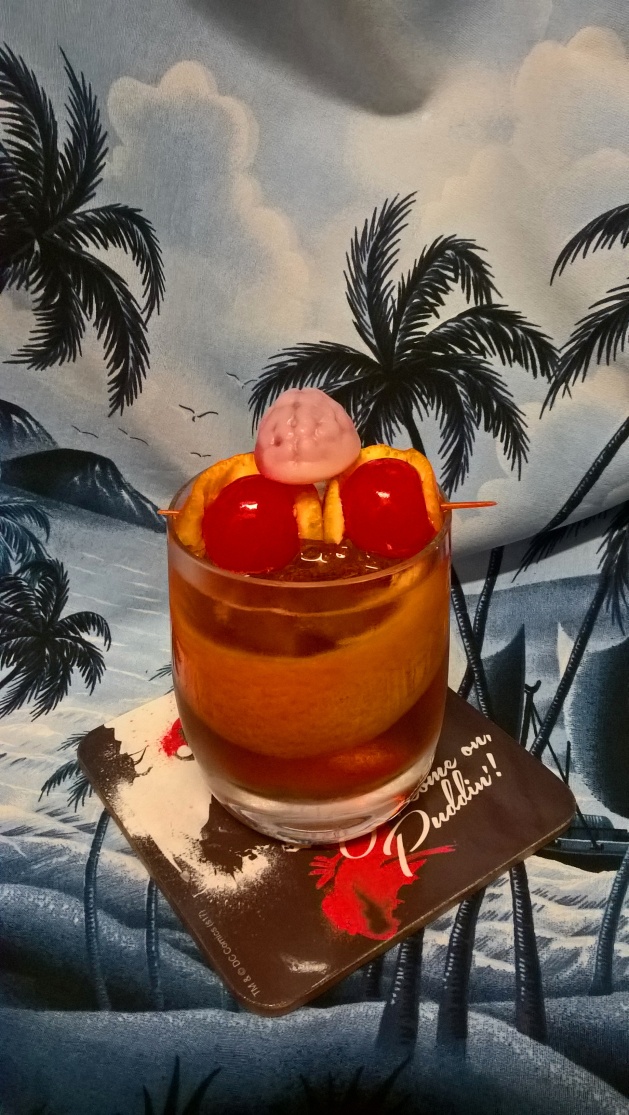 Shake with ice and strain into an old fashioned glass with some ice in it. Garnish with orange peel(s) and two red cherries; suitable brain candy on top ;P

It’s simple, but it works. “The taste of metal” and bitterness of being ripped out of one’s living human body… here it is, without resorting to misanthropic levels of bitter taste (you’ll have to check out eg. The Punisher for that). And I think the colour is okay: not the bright orange (oh, those lovely colours of Ye Olde Comics) but more weathered brownish… yup, just like in the TV Series.

The orange peel is not just for the show: slowly it gives out its aroma during drinking, enhancing the drink over time (as the orange peel in, say, Negroni). Red cherries, in addition to acting as Cliff Steele’s red machine eyes, serve as a dessert in case you happen to need it… and the Brain? Well, it’s just for show! 😀 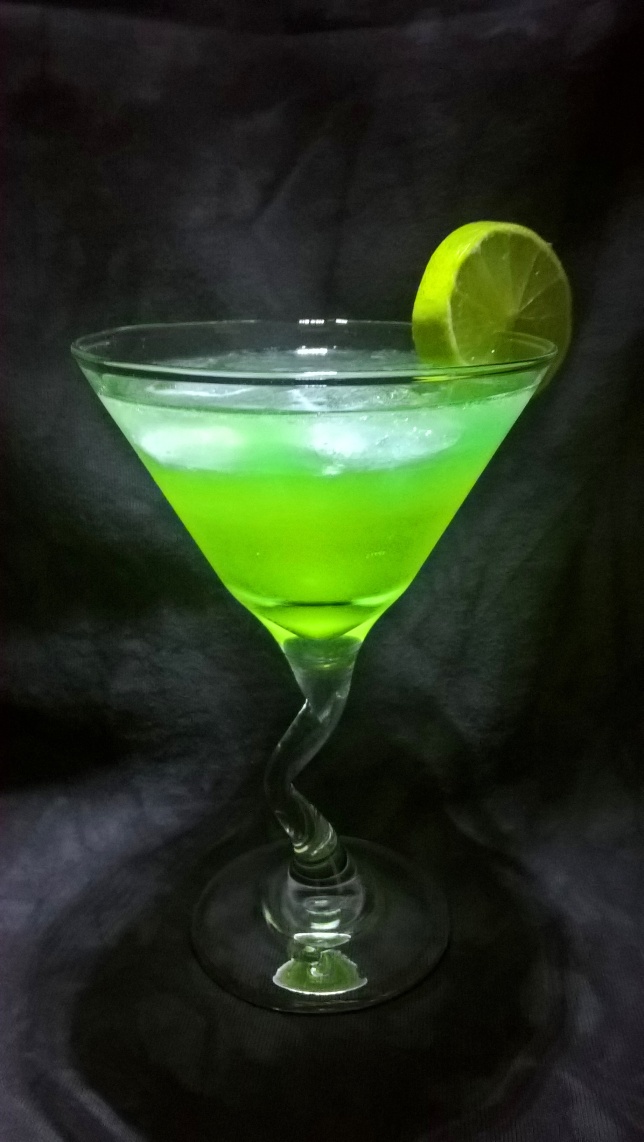 (dash or two of Midori)

Add some ice into the cocktail glass. Shake parts separately with ice and layer them into the glass: bottom first, then middle, top layer last. Garnish with lime wedge.

Rebis is a fusion of three different personalities and/or entities: Eleanor Poole, Larry Trainor and The Negative Spirit. So I decided her/his/its cocktail should look like one, but be three different drinks: but not too different, since all three are one.

Well, only way to do it was to design a three-layer drink, were every layer has same colour but they taste different. Still, every layer uses creme de menthe, so there is some coherence… but don’t worry: even if you hate Menthe you should check this out, there are kwazillion other aromas in there that Menthe won’t be able to dominate.

“So, how does it taste like?” …well, it falls into the category of “hard to describe”. I refuse to give any statement about which layer represent which personality/entity of Rebis… part of “Rebis The Cocktail Drinking Experience” is to debate that.

Next time: Crazy Jane… and Mr. Nobody 😀