In Martian Manhunter and Mole Man post I bemoaned how I end up designing so many green drinks… and I’ve published even more of them since that time I opened my heart; and I guess we’ll see many greens in the future…

…but this time both cocktails are RED! 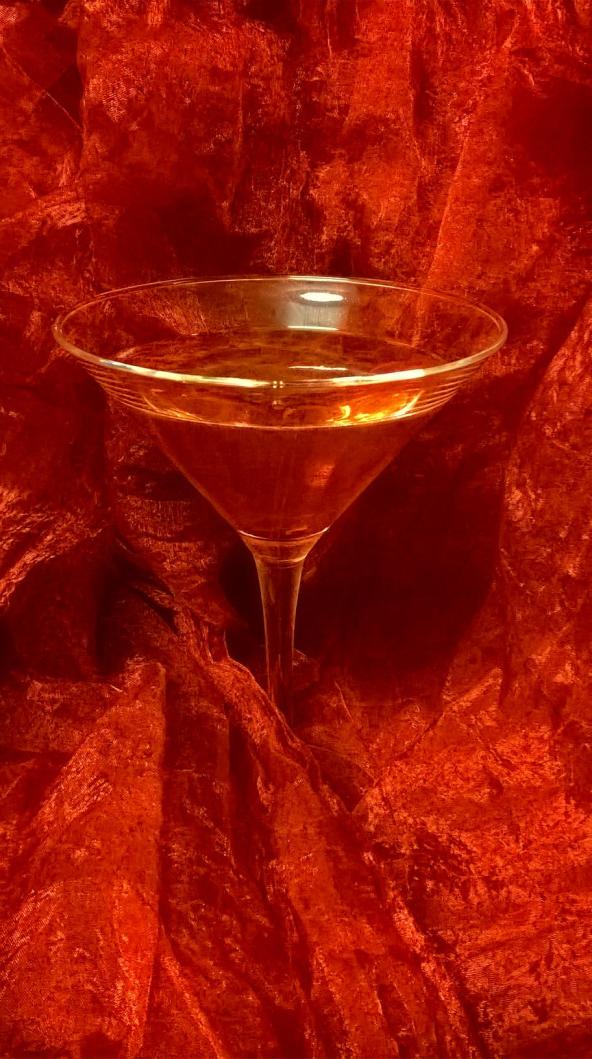 Shake with ice and strain into cocktail glass.

Inspiration for this drink… I wanted this to be distinctively “New Yorker” both in taste and feel, with added “blind” element… so I used actual “New Yorker” Cocktail as a basis.

I you google “New Yorker Cocktail” you’ll find many variations, all revolving around bourbon, lime and sugar (and maybe something else). My foundation (and the best New Yorker Cocktail out there) for Daredevil is…

So, I replaced lime sour with Aperol bitter to add a sense of “grim and mystery”, adjusted the ratios… and ended up swapping bourbon to whiskey. If you prefer bourbon…

DAREDEVIL, “The Devil of Hell’s Kitchen”-version

As Daredevil above , but substitute whiskey with bourbon (Jim Beam recommended).

Both versions of Daredevil are okay for socializing, sweet-ish and easy. Same cannot be said for the next one…

Shake with ice and strain into cocktail glass.

Make no mistake, this apertif is LETHAL. As unforgiving as Vodka Martini, but with added brutality in the form of Aperol; Ouzo adds a surprising element… I’ll think it’s safe to say that all the required elements are there, it’s justified to name this cocktail after Elektra.

See you next week, with different heroes and different colour themes 😀